Every time he walked into his bedroom he felt mocked, as pair after pair of running shoes stuck their tongues out at him.

He cast his eyes heavenward toward the finish line and asked the same question Jim Ryan asked during an asthma attack…the same question Steve Prefontaine pondered the morning after one too many beers…the same question Bill Rodgers wondered while trying to outrun a divorce: “What did I do to deserve this?”

When mononucleosis cost him a possible cross country state championship, the South Charleston High School distance running star didn’t quit. When a stone bruise and subsequent tendonitis in both knees stopped his training, and forced him to miss the first two track meets of the season, he didn’t quit. Even when he ran seven races without a single win, he still didn’t quit.

After training to fast, too hard and discovering it made his knees too sore, he came back slowly. First he ran for fifteen minutes. Then 30 and finally 40 minutes. And his patience was rewarded Saturday in the regionals when he roared to victory in the 3,200 meter run and was honored with a standing ovation.

‘Saturday was satisfying,” said Imhoff quietly. “It was good to win. But winning isn’t my goal anymore. This year I found there is more important things than winning.”  Things like walking. Things like running for the sheer enjoyment of it. Things like competing just for competitions sake.

“You know at first I was really frustrated,” recalled Imhoff, a senior whose time was the best 3,200-meter regional time in the state and makes him a favorite in the state meet Friday and Saturday at Laidley Field. “I was doing really well in cross country and then missed the state meet with mono. Well, that wasn’t too bad. I told myself I would make up for in track season. I kept asking, “what did I do to deserve this?” I kept saying ‘Come on, give me a break.’ “

He did get a break, too. But it’s only because Greg’s faith didn’t get a break.

“I kept having faith, “he remembered. “My mom told me to keep having faith. She told me this was going to build character. She was right. You start appreciating the ability the God gave you, when you can’t use it for a while. I’ve been used to running 10-12 miles a day, seven days a week. But I quit running for five weeks because of mono and five or six more weeks with tendonitis. My knees were so tender I couldn’t walk upstairs.

“It’s funny, when your running and healthy you have so many goals. But then when you’re hurt, you realize what’s important. You don’t things for granted like you used to. “Sure, I want to win the states. But if I don’t…well, I’m just thankful I can compete again. There’s some people who can’t walk…I’m able to run and compete. That’s how I look at things now.”

With that attitude, it doesn’t matter if he trots across the finish line before the rest of the 3,200 runners Saturday.

So, what he was doesn’t matter anymore. All that’s important now is what he is.

Greg Imhoff is a winner! 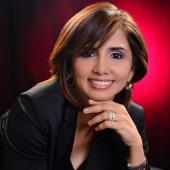